Immigrants, including a 3 1/2 year old unaccompanied minor from Honduras, wait to be bussed to a U.S. Border Patrol facility after crossing the border from Mexico in 2019. (John Moore/Getty Images)

Thousands of English language learners could be headed for American public schools in the coming months due to recent changes in U.S. immigration policy and devastating natural disasters in Central and South America.

Their arrival could pose a challenge for local school systems, particularly poor districts that might not have enough teachers or space to support them. In recent years, several have turned these children away in violation of their legal rights.

“Some schools across the country have discouraged the enrollment of older immigrant students on the grounds that they are more likely to drop out, will not attend regularly, require significant language instruction or don’t have sufficient years to graduate,” said Maura McInerney, legal director of the Education Law Center of Pennsylvania. “This is discriminatory, unlawful and factually incorrect.”

The number of children fleeing Mexico and Central America on their own has seen a dramatic increase in recent months. Some 3,364 unaccompanied minors were referred to the Office of Refugee Resettlement in December, up from a low of 39 in May, according to government records. The spike has already prompted the new administration to reopen a controversial overflow facility to house up to 700 teens already cleared of COVID-19.

An advisor to president Joe Biden said these children and those separated from their parents at the border are a top priority as he crafts a new national immigration plan.

Biden has already undone several Trump immigration measures through executive order, but improving the byzantine asylum process and ensuring enough judges are available to handle the caseload will be far more difficult. Those measures will likely require buy-in from moderate Democrats and at least some Republicans.

Several more conservative members of Congress have already spoken out against some early proposals. Sen. Tom Cotton, an Arkansas Republican, said Biden’s “radical immigration agenda” calls for “total amnesty,” and predicted that opening the southern border would bring in cheap labor at a time when many Americans are experiencing a financial free fall.

A federal judge in Texas temporarily blocked the president’s 100-day deportation moratorium after state attorney general Ken Paxton sued the new administration, citing “budgetary harms,” including added education costs. A similar suit was filed in Arizona Feb. 3 in what could be a harbinger of future litigation. 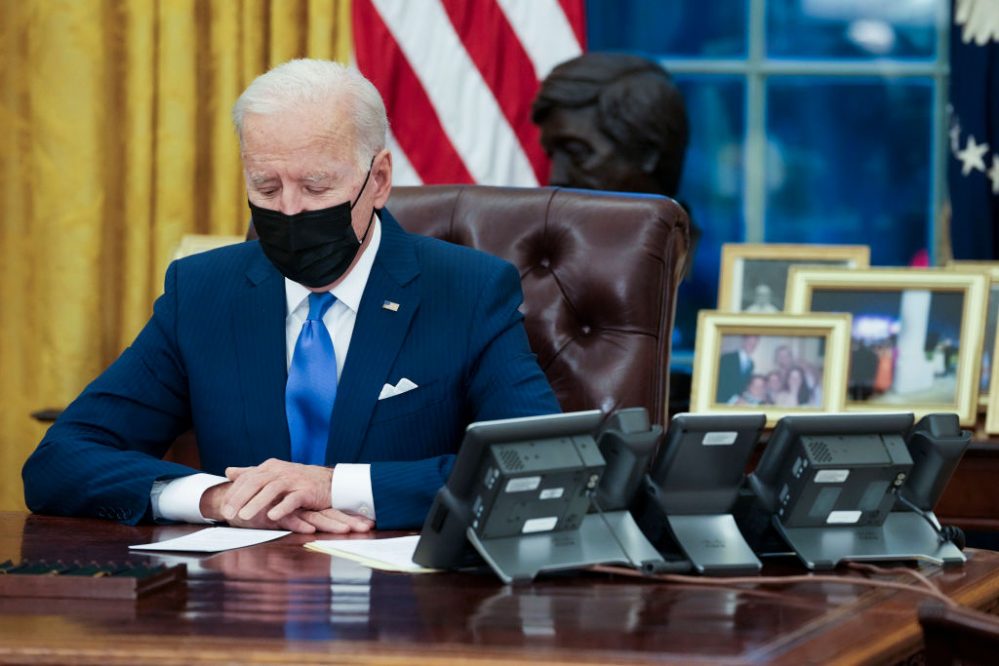 “It’s going to be a battle,” said Rep. Lucille Roybal-Allard, a California Democrat and one of seven women who will shepherd Biden’s immigration reform bill through the House of Representatives. “It is not going to be easy to do a lot of these.”

The new president has inherited many challenges: Approximately 4,400 unaccompanied minors remain in government custody today, according to the refugee resettlement office.

They represent only a small fraction of the 234,000 such children who have made their way to America in the past five years.

Those who enroll this year will likely find a mix of open and closed schools as districts continue to grapple with the pandemic. Regardless of their status, schools are legally obligated to serve newcomer students in-person or through distance learning.

Donna M. Neary, a teacher in the Jefferson County Public Schools in Louisville, Kentucky, has worked with dozens of these students in the past seven years. She said they face numerous hurdles, including a language barrier that can hide their true ability, landing even gifted students on an inferior track.

“So many of these kids are bright, educated and would be at the top of the class if they spoke English,” she said.

One piece of supporting evidence is an essay Neary kept, written by an unaccompanied student she taught in 2018. The teen, from Guatemala, fled the country after he was drafted into a gang against his wishes.

He wrote of his desire to become an American despite the obstacles he faced, including abuse from family members he lived with upon arrival and hostility from residents of his newly adopted country.

Still, he had no regrets about his decision to emigrate to the U.S, calling it “an enormous opportunity…even if it means coming illegally.”

The plight of unaccompanied minors predates the Trump administration: Former President Barack Obama was criticized for housing these children in poor conditions in 2014.

But his successor’s immigration policies drew worldwide condemnation. The United Nations called one of them, family separation, a violation of international law. The American Civil Liberties Union, which fought to stop the practice, estimates more than 1,000 remain apart from their parents today.

Michael Garcia Bochenek, senior counsel for the Children’s Rights Division at Human Rights Watch, said the United States has much to improve in its treatment of young migrants. He said the country must abide by standards established in the 1997 Flores settlement, which requires immigrant children in government custody to be held in safe, sanitary facilities with access to proper medical care and educational services, among many other conditions.

“Not only were these standards never really implemented for decades, but the Trump administration tried to dismantle them with bad faith regulations introduced in recent years,” he said.

Some 185,000 people were turned away at the border in 2020 as a result of pandemic-related restrictions alone, with some children waiting in Mexico so long that local volunteers created makeshift schools to serve them. Caesar Linares, 10, has lived in an encampment in Matamoros for more than a year after leaving Guatemala with his mother. A strong math student, the boy, who suffers from dermatitis, hopes to one day become a dermatologist.

Reached by phone last week, the child said he’s anxious to leave the border city: A bullet pierced the family’s tent on New Year’s Eve, landing on his mother’s bed as she and her son knelt in prayer.

“I’m sad all the time,” Caesar said through an interpreter. “It’s hard to live here. We don’t have a safe place to play.” 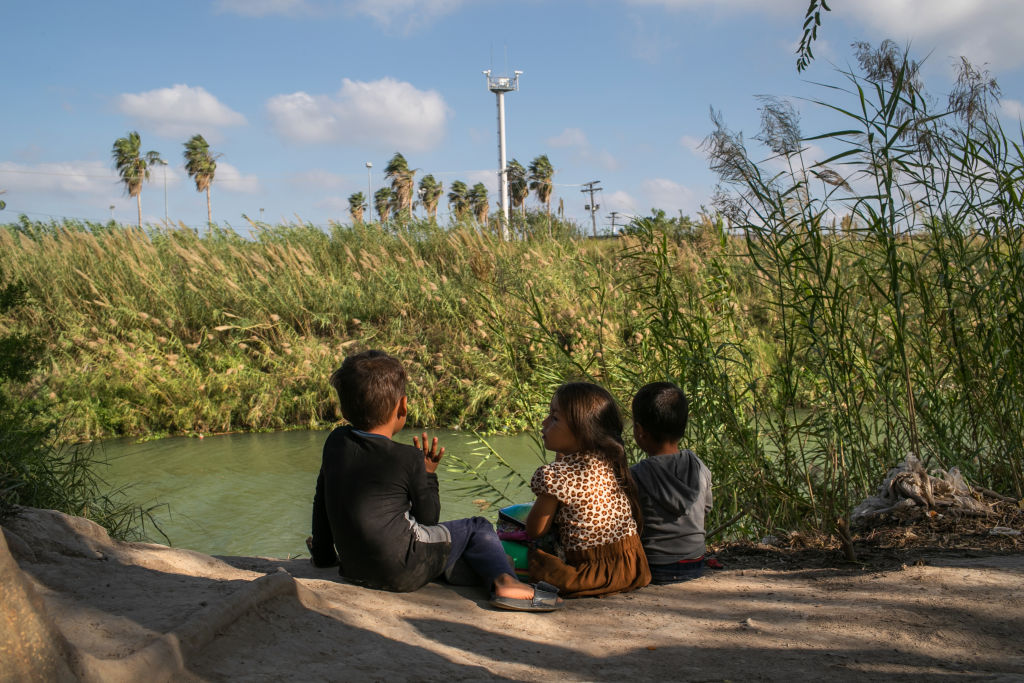 In this 2019 photo, child asylum seekers in Matamoros, Mexico, sit on the bank of the Rio Grande close to their encampment as cameras from an American surveillance tower look on from across the border. (John Moore / Getty Images)

Asked when he wanted to leave, the boy responded instantly: “Right now.”

Emily Francis, a high school English language teacher at Cabarrus County Schools in North Carolina, said many of the unaccompanied minors who have passed through her doors have missed months or even years of school in their home countries.

Some students, particularly girls, drop out because it’s too dangerous to walk to campus, while others must work to support themselves and their families. 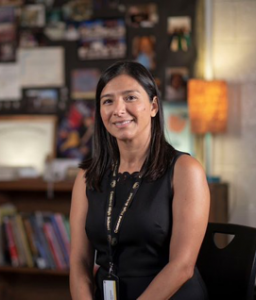 Those who prioritize school tend to overcome the academic loss. “They are so dedicated,” said Francis, who fled Guatemala with her own mother at age 15. “And they are so strong. Even if they experience gaps in their education, it doesn’t usually hinder them.”

But their journeys to America often take an emotional toll. Adrian Lira, a licensed professional counselor in Houston who has worked with unaccompanied minors since 2012, said many are devastated by the violence in their homelands and having to leave their parents and siblings behind.

Some have been robbed, raped, kidnapped, held for ransom or even murdered during their months-long treks.

“Many of the kids who survive intact physically have often witnessed similar crimes against other migrants,” he said, suffering depression and anxiety as a result. 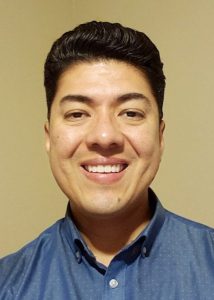 Margie Kirstein, who taught several unaccompanied students in Boston in the 2017-2018 school year, recalls an affable 10th grader from El Salvador who was full of potential but whose education suffered because of his need to earn a paycheck.

“He made an effort and his work was good, he just didn’t have much in the tank,” she said of the teen, who worked nights in an auto body shop.

She’s unsure what became of him — many of these students are highly transient. Some have unstable housing or move around to find work, which can make them difficult to serve.

Despite their challenges, these students can succeed in school with proper support, teachers and advocates say.

“Even with the children who have gone through the worst of the worst, I can honestly say that this group, unaccompanied minors, are probably the most hopeful people I have ever met,” Lira said. “Their level of appreciation for the U.S. and opportunity is like none I have ever seen. They come here for a reason and they understand that at a very young age.”

This story was produced with support from the Education Writers Association Reporting Fellowship program.

Jo Napolitano is the author of a book about immigrant education, The School I Deserve: Six Young Refugees and Their Fight for Equality in America (Beacon Press, April 2021.) Maura McInerney, legal director of the Education Law Center of Pennsylvania, was one of the attorneys she profiled.